Pretoria is the legislative capital of South Africa and provides interesting insights into the history of 20th Century South Africa. Three significant sites encapsulate colonial, Apartheid and democratic-era history. These are the Union Buildings designed by the colonial architect Herbert Baker and built in 1910 to mark the Union of South Africa; the Voortrekker Monument, concretization of frontier life and apartheid ideology; and post 1994 Freedom Park. Visiting Pretoria in November is an extra bonus, when the famous Jacaranda trees are in bloom with their purple flowers.

If you want to make a full day of your visit to Pretoria think of going to Cullinan, a quaint little town just twenty minutes’ drive from Pretoria. There you can visit the Cullinan Diamond Mine, also known as the Premier Diamond Mine, where there are tours are available for entering the mine shaft, hoist room, big hole, and the display room.

TOUR DESCRIPTION: Enjoy the historic sites of the administrative capital of South Africa. 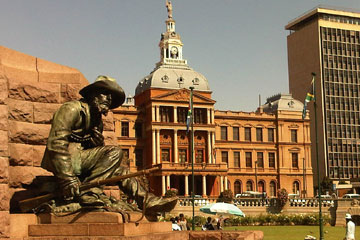 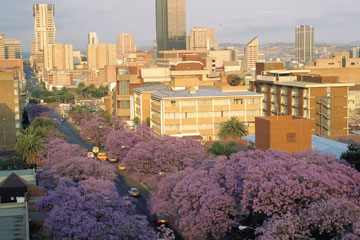