Soweto origins go back to 1905 when, using an outbreak of disease in the part of town now known as Newtown as an excuse, the then Johannesburg City Council took the opportunity of moving the black residents of this area to a place 20km south west of Johannesburg. After the National Party took power in 1948, it instituted the Group Areas Act and forcibly moved black population groups out of inner Johannesburg areas, such as Sophiatown, to Soweto, a name derived in 1963 from the acronym South West Townships. Today the city of Soweto has more than 2 million inhabitants. Previously under-resourced, it still has large areas of dire poverty but it also now has shopping malls, including the large Maponya Mall; parks and recreation facilities; many restaurants and B&BS the newly opened Soweto theatre; and Vista University campus which is part of the University of Johannesburg.

DURATION:  3-4 hours
AVAILABILITY: Daily – except on New Year’s Day, Good Friday & Christmas Day (some attractions may be closed on other public holidays)
PICK-UP TIME: 9:00 and 13:00
MEALS: Not included
ENTRANCE FEES: Included for Hector Pieterson Museum;  Mandela Museum excluded (R60 per adult (international); and R40 (local); and children R20
(PLEASE NOTE – not all attractions on this tour are open every day)
COST: R690.00 per person (2 people minimum)

TOUR DESCRIPTION:  Our tour will introduce you to aspects of daily life in Soweto and the social fabric of this vibrant city as well as offer you some insights into its fascinating history. Some of the places you will see and visit on this exciting tour are listed below. Our tour combines driving, walking through areas and meeting people as well as museum visits. Please note that because we run small group tours we can make changes to this itinerary to suit your individual needs and interests. 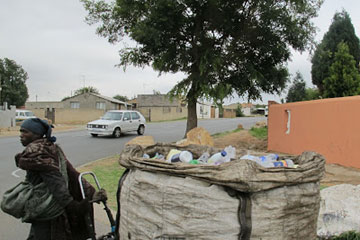 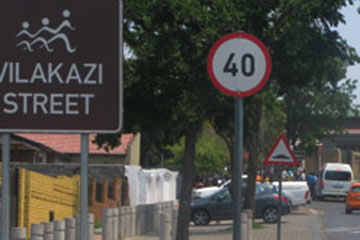 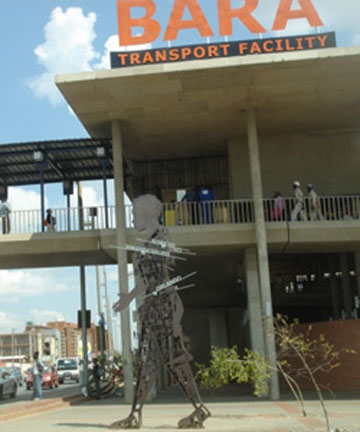